In combination with elevation, azimuth enables different audio sources to be positioned spatially for aural presentation. This is important in that it provides a natural way to tell several voices apart, as each can be positioned to originate at a different location on the sound stage. Stereo output produce a lateral sound stage, while binaural headphones and multi-speaker setups allow for a fully three-dimensional stage. 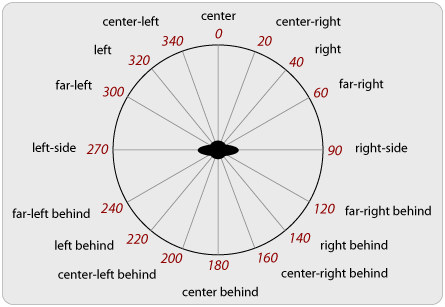