This is a CDOT project is primarily a port of the Math Learning Objects - Fractions driving game from Adobe Flash to HTML5 technologies, specifically Processing.js. Also some usability, accessibility, and gameplay issues will be addressed during porting.

The purpose of the game is to help the player learn to add and subtract fractions. In this simple two-dimentional game the player will choose a path for a car to drive so that it stops at every "Destination" point, and does not run out of gas. Refueling is possible by driving to a "Gas Station" point. Sections of the road have the amount of gas required displayed next to them (as a fraction of the gas tank capacity). More details can be found in the rest of this document.

The users are expected to be primarily grade 5-8 students, and grade 9-12 and postsecondary students who are looking for remedial/alternative math learning resources.

This document will serve (at least provisionally) as:

This is a screenshot of the original game built using Flash, added here to give an idea of what it would look like. The port will not look identical to the original. 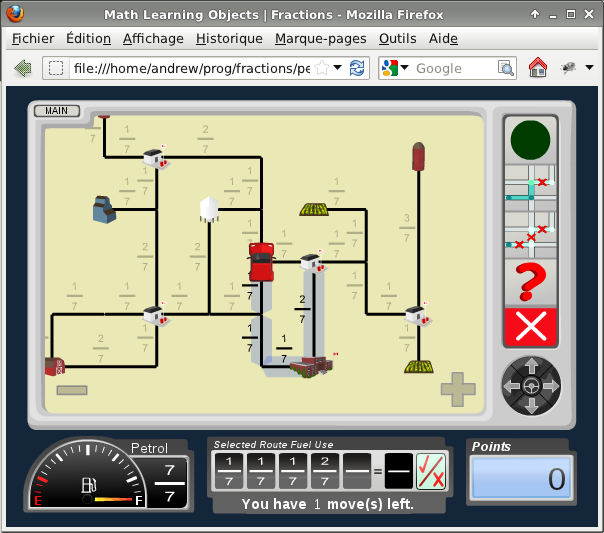 To describe the gameplay here is the typical run-through and some variations on it. Parts that don't need to be repeated are not.

Variations of the run-through:

The layout has been modified slightly, to accomodate the removal of some buttons: 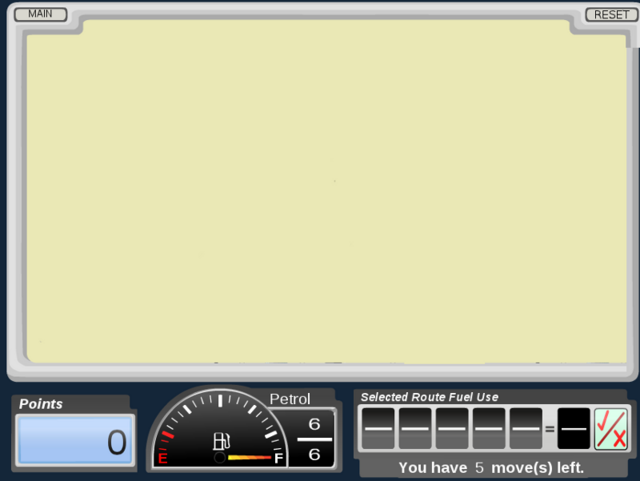