The Game of Life

The Game of Life, is thoroughly researched and the following key points have been derived:

All the research is based from the following resources:

Comway's Game of Life is a algorithmic representation of cellular automation developed by John Conway in 1970. The game is played on an infinite two-dimensional rectangular grid of cells. Each cell has two probable states, alive or dead. Depending on the state of that cell's 8 neighbors, the state of each cell changes each turn of the game, constituting a unique generation on every computation . Neighbors of a cell are cells that touch that cell, either horizontal, vertical, or diagonal from that cell.

The initial pattern is the first generation. The second generation evolves from applying the rules simultaneously to every cell on the game board, i.e. births and deaths happen simultaneously. Afterwards, the rules are iteratively applied to create future generations. For each generation of the game, a cell's status in the next generation is determined by a set of rules.

The rules of the game are simple, and describe the next generation of cells in the grid:

Using the above two dimensional infinite playground and rules as outline above, the following patterns emerge during various cell positions during various generations. 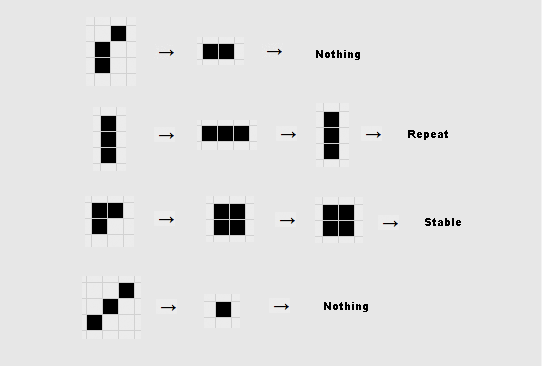 The following pictures show the UI simulation of the Game of Life. 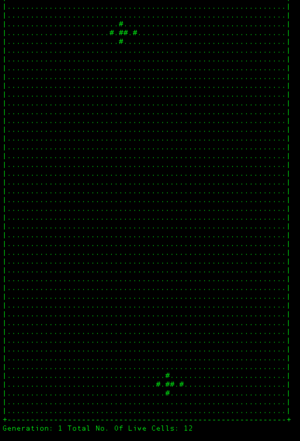 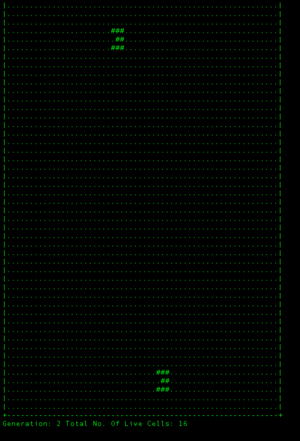 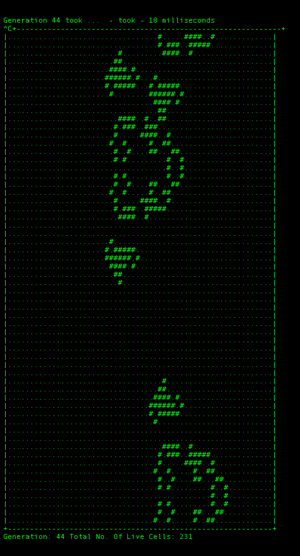 The serial implementation of the above algorithm divides the problem in two three distinct classes. 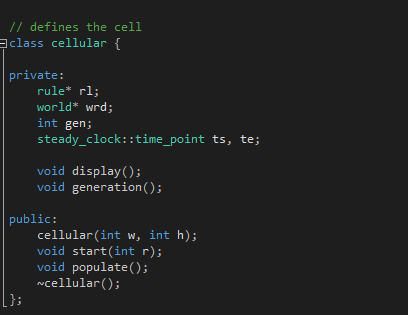 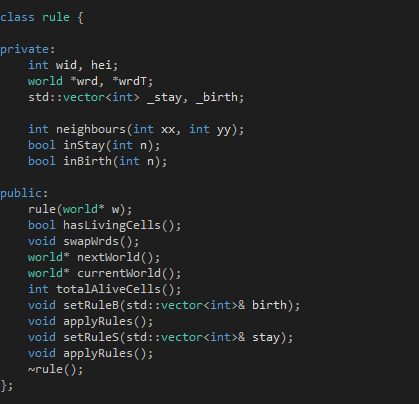 The serial implementation basically applies the rule to every cell in the 2D dimensional matrix, and computes another world determining the position of every cell using the number of neighbours surrounding it. The following loop takes the maximum amount of computation time in determining the position of the cells in the next generation. This will be parallelized in the coming sections. 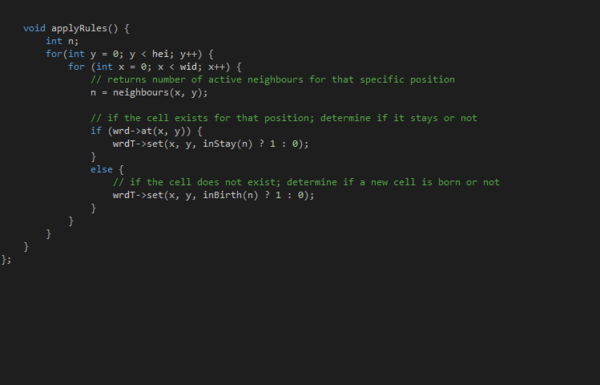 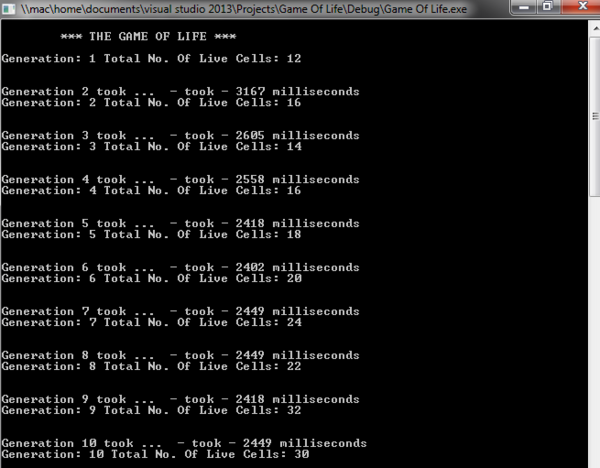 A 500 x 500 matrix world, generates a new generation in every 1200ms, which half the time taken when compared to the serial version 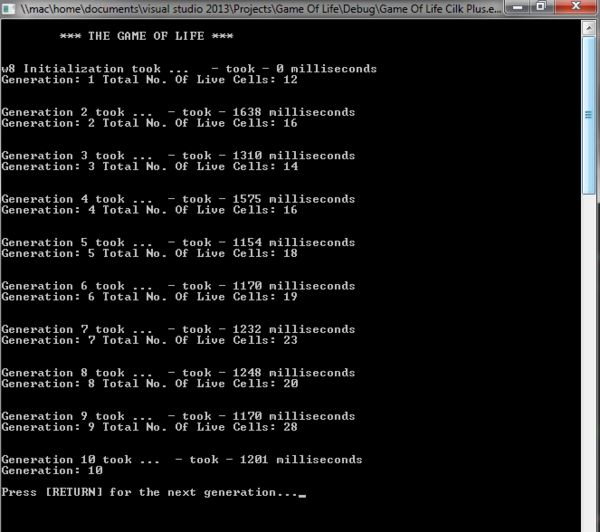