I went over a few build tutorials to get an idea of what is going to happen. I used the following links:

After getting an idea of the basic process I setup my environment and downloaded the source according to the tutorials.

My setup is as follows:

I don't like putting libraries or applications in the root directory of C:\, but Cygwin won't work with spaces in the path. I tried to use C:\Program Files\Cygwin, but that failed so I reinstalled it to the root.

Open a command prompt, go to the project directory (c:\proj) and run buildsetup.bat.

Checkout and Build it

After the build is done. Go to: proj\mozilla\firefox-objdir\dist\bin and run firefox.exe. 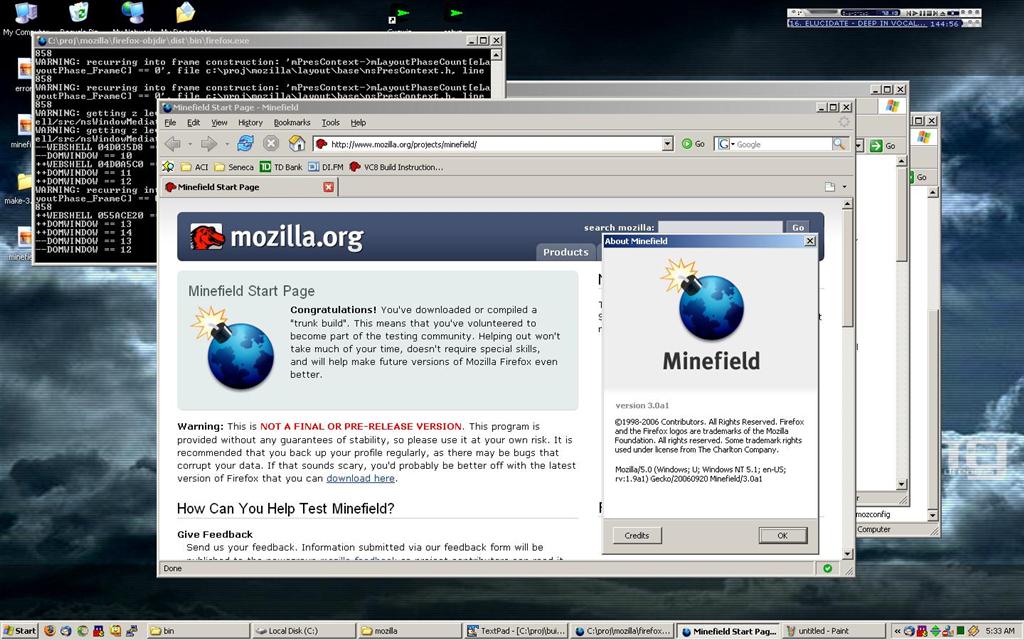 Problems on the way

First problem I encountered was some configuration problems. I needed to modify them to use work with my environemnt. I remember changing .mozconfig, buildsetup.bat, and cygwin.bat to get this error to go away, but not sure which one actually fixed the issue:

This error occurred when I was using bash rather than cmd. I switched to cmd after my fascination with bash running on windows was over.

Second problem was the Make version. I used the cygwin version, but reading from Liz's problems I found I needed to install 3.80 rather than using 3.81. That cleared it up.

Third problem was after the build worked I ran the program but it would load my current installed version of firefox 1.5.0.7. I remember somebody talking about this on IRC, but I didn't pay attention. The important thing is somebody else had this issue which probably means my build worked. I tried running it as another user, right click Run As..., and a command prompt and window appeared, but I started to get lots of error prompts. This might have something to do with me changing make versions without removing the old objects. I was too lazy to start building again, so I kept hitting Ignore. 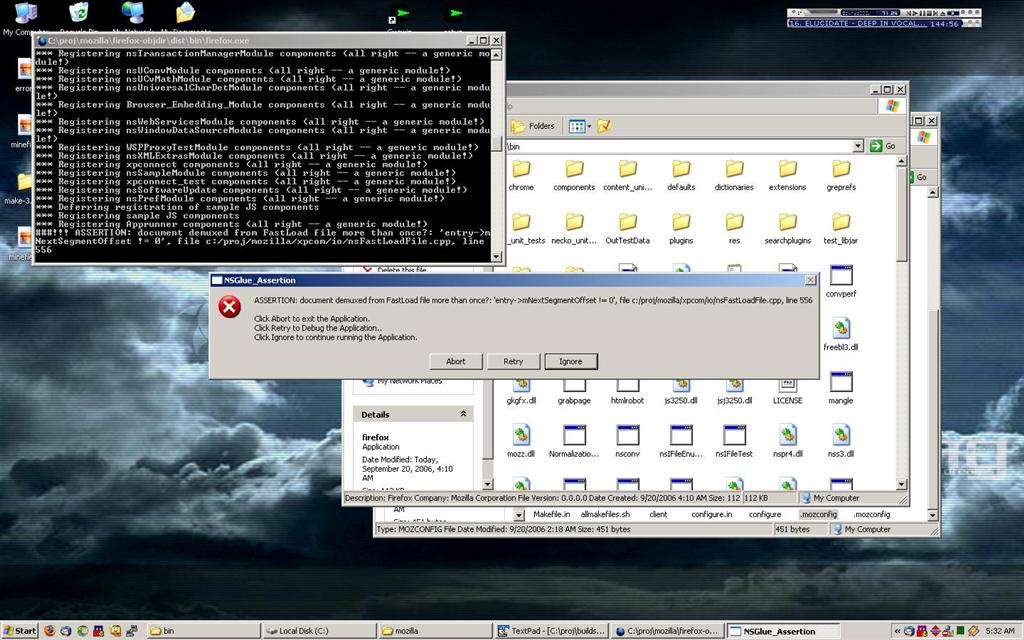 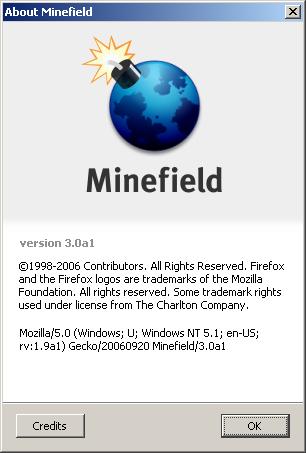 I found building firefox from source had more problems than my previous experiences. I have built bsd kernels through a similar process and building binaries for *nix. Even thought I built firefox I am not happy with the errors I got. I don't have time tonight to keep building until I got it the way I liked. I found it interesting running *nix tools in Windows, but still prefer the real thing. Overall, it was a good experience. Running into problems teaches you more than you may want to, but it is valuable to have gone through it.