In the 0.2 release the major goal will be to implement the use of JSON output into the showbuilds.pl file found in tinderbox. The reason for this is that there is currently no way of extracting per tree information in an easy way. (IE. only the tinderbox panel.htm files are available) With the release of this 0.2 JSON fix I hope to now be able to remake my tinderbox interface and submit it for use. 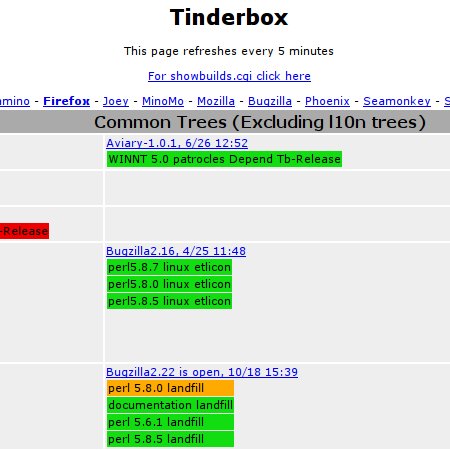