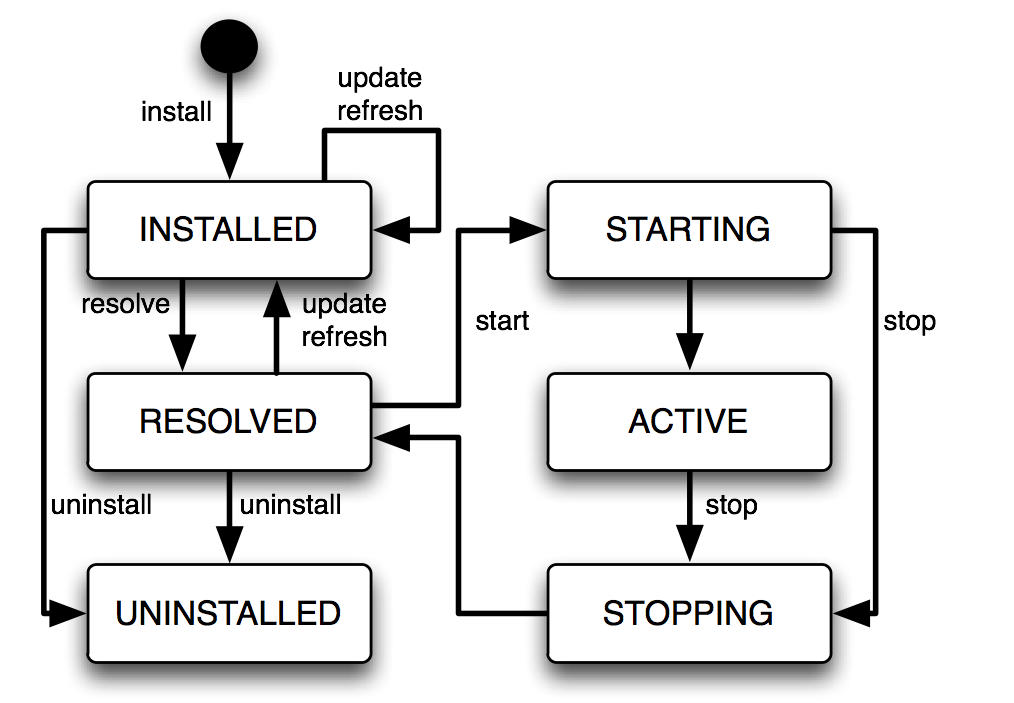 For instance a typical Java class implementing the BundleActivator interface is implemented in the Sample Bundle from your course as shown below: