THIS IS AN OLD VERSION OF THE LAB
This is an archived version. Do not use this in your OPS235 course. 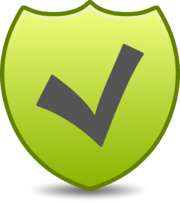 Setting up a computer network is very important, but there are many other operations that occur on a daily basis that can include trouble-shooting, repairing network connection issues as well as maintaining network security. System administrators need to protect or "harden" their computer networks from "penetration" from unauthorized computer users. Hardening a computer system can range from running an IDS (Intrusion Detection System) to monitoring and flagging suspicious activity to implementing screen savers on workstations.

In this lab, you will learn how to use ssh, scp, sftp commands to securely access and share data between authorized personnel. In addition, you will learn various methods of running and configuring an ssh server which include: using Public Key Authentication, setting up an SSH tunnel in order to securely run graphical applications safely among computers in the network, disabling root login, and changing the default ssh communication port to mislead potential penetration testers (also known as "pen-testers" or "hackers").

So far, you have learned to use the ssh utility to establish a secure connection to a remote server to perform tasks, administer the server, etc. For these common operations, you have issued the ssh command, which is the client application for ssh. In order to connect to a remote server (like your VMs, Matrix, etc) they need to be running the SSH service. In this lab, you will learn how to run an SSH server in a VM, then confirm that you can connect into the server by using the ssh client application.

As a system administrator, you have the ability to generate or create public and private keys to ensure safe and secure ssh connections. The system administer can generate these keys for the first time, of if they suspect that a hacker has compromised the server, can remove the existing keys and generate new keys. A common type of attack, Arp Poisoning (Man in the Middle Attack), can be used to redirect packets to a third party while maintaining the illusion that the connection is secure. Therefore, understanding about the generation and management of public/private keys are important to the security of servers.

If you receive a message like the one displayed above, you should investigate why it is happening as it could indicate a serious security issue, or it could just mean that something on the host has changed(i.e. the OS was reinstalled)

Public Key authentication is a method of establishing identity using a pair of encryption keys that are designed to work together. One key is known as your private key (which as the name suggests should remain private and protected) and the other is known as the public key (which as the name suggests can be freely distributed) The keys are designed to work together to encrypt data asymmetrically, that is to say that when we encrypt data with one of the keys it can only be decrypted with the other key from the pair.

While it doesn't mean the message is secure as anybody could decrypt it with the public key, it does establish my identity, if the host can successfully decrypt the message then it must have come from the one person in possession of the private key.

<li>Students run into a lot of trouble when using ssh and generating key-pairs by performing these operations as root user by Mistake! Make certain that you are NOT logged in as root! (you have been warned!)

When you have created an SSH server, then users can take advantage of secure shell tools (including the scp and sftp utilities)

The ssh client utility also contains many options to provide useful features or options when establishing secure connections between servers. One of these features is referred to as tunnelling - this term refers to running programs on remote servers (i.e. running the program on a remote server, yet interacting and viewing program on your local server. Since X-windows in Linux is a support layer to transmit graphical information efficiently between servers, ssh tunnelling becomes more useful and important to allow organizations to work efficiently and securely in a user-friendly environment.

You can also use ssh to tunnel window and bitmap information, allowing us to login to a remote desktop host and run a Xwindows application such as gedit or firefox and the application will run on the remote host but be displayed on the local host.

Part 1: How do you use ssh to tunnel other traffic.

You can also use an ssh connection to tunnel other types of traffic. There could be different reasons for doing this. For example tunneling traffic for an unencrypted application/protocol through ssh can increase the security of that application (i.e. deceive potential hackers).

Alternatively you could use it to circumvent a firewall that is blocking traffic you wish to use but allows ssh traffic to pass through.

To help harden (protect a server from attack or "penetration"), system or security administrators have the ability to "trick" or "mislead" a potential hacker in order to prevent system penetration.

In this part, you will learn to use a combination of SSH server configuration and iptables rules to redirect the SSH port to allow secure data traffic via another port (as opposed to the default port: 22), and use iptables to reject (better log) incoming tcp traffic via the default port.

What is the result of this? Simple. Permit the SSH service for the organization, and yet trick and confound the potential hacker into thinking that ssh traffic is used on a port that is no longer available (but they may not know this!)

Anytime you configure your computer to allow logins from the network you are leaving yourself vulnerable to potential unauthorized access by so called "hackers". Running the sshd service is a fairly common practice but care must be taken to make things more difficult for those hackers that attempt to use "brute force" attacks to gain access to your system. Hackers use their knowledge of your system and many password guesses to gain access. They know which port is likely open to attack (TCP:22), the administrative account name (root), all they need to do is to "guess" the password.

Making your root password (and all other accounts!) both quite complex but easy to remember is not hard.

The Linux system administrator can also configure the SSH server to make the SSH server more secure. Examples include not permitting root login, and change the default port number for ssh.

Time for a new backup, INCLUDING YOUR VIRTUAL HARD DRIVE!
If you have successfully completed this lab, make a new backup of your virtual machines.

Virtual hard-drives created lab5 are image files and may have data changed as a result of performing this lab. Therefore, you need to be backed up this hard disk image as well!.

Arrange proof of the following on the screen: