Difference between revisions of "GPU610/Turing" 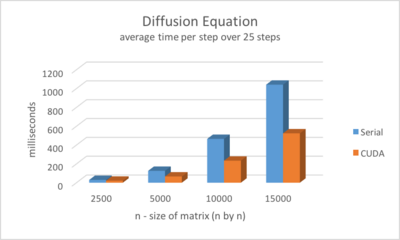 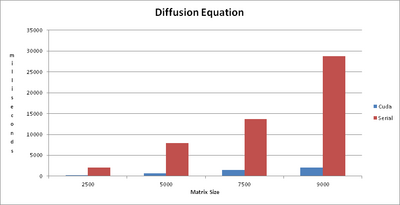 The first optimization I was able to make was using thread coalescence. This lead to a moderate per step speedup as seen in this graph. 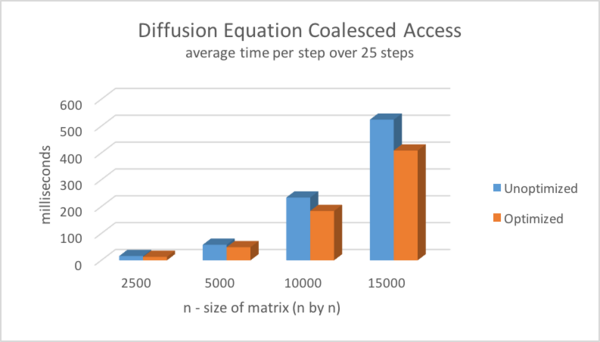 I then attempted to modify the code to use shared memory. Unfortunately the way the algorithm accesses rows and columns out of order made this not viable. I tried to convert the problem to use tiling to get around this but was not able to make it work correctly. Because of this I was not able to implement any more optimizations as most were based around using shared memory efficiently.