Difference between revisions of "GAM666 Slap Your Grandma"

We will control our own branches off the project trunk. There you will implement your new code in a bug free environment. Code will then be submitted to trunk bug free, and all branches will be updated to trunk revision. Teammates are not required to use IRC, but the tool is there for team contact and help from others.

(carl) my proposal would be dividing the game along these lines

Team Slap Your Grandmas vision is to create a game with an obstacle course. This course will consist of sharp turns, gaps and environment to dodge or go around. The game will be a time challenge a player will control a character that is running away from a boulder down a series of slopes. There will be a linear path as the slope will have walls directing both the player and the boulder.

The game play experience is visioned as though the boulder will move at a consistent speed and will span the whole width of the hill/hallway. The camera will be facing the front of the character, seeing him run down the hill with the boulder behind him. The character will move forward, backward, and side to side to navigate down the course. You will be forced to react fast as on coming vision is limited, jumping over gaps and dodging obstacles becomes much harder as game speed increases.

Once the player reaches the end of the course, the game is over. However if the player gets hit by the boulder or lethal area of the terran, the player dies and must start the level again. 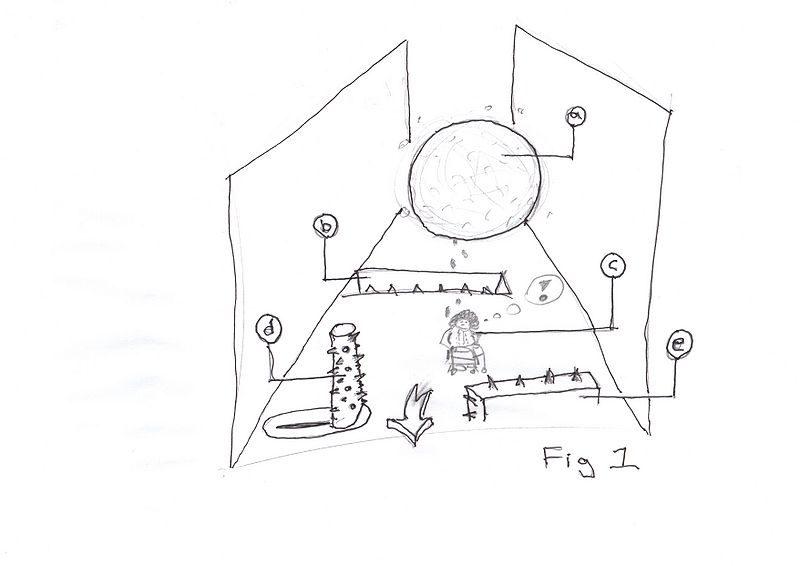 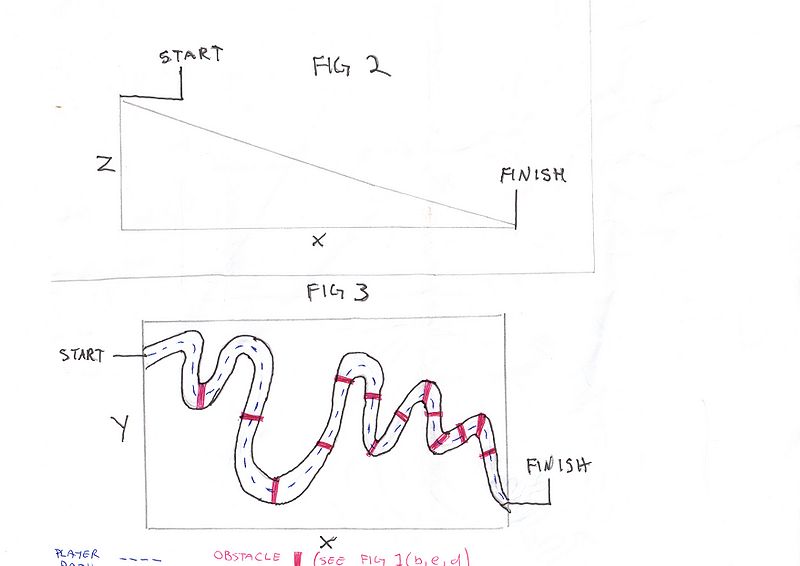 As the players proceeds further into the level, the amount of obstacles will increase towards the finish.