We imagine building a 3D maze solving game. The player must successful navigate through the maze. The player will take the first person perspective of a hamster, playing the role of a laboratory hamster. The hamster will be equipped with a mining helmet complete with mining light.

As the player navigates through the maze, light from their mining helmet will fall on objects that the player is facing. Different areas of the maze will be lit differently with lights on the wall 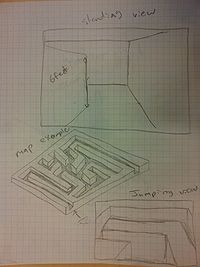 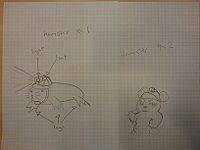 == Any other thing you find necessary ==