For our second run at this project we will be adding more functionality to the game. More in depth COLLADA loading, more refined particle systems, refined XAudio, and visibility performance increases.

For collision detection, we used axis-aligned bounding boxes (AABB). These build an imaginary box around a visible object, as defined by:

These specify the minimum and maximum bounds of the bounding box in world space. From these, collisions (or general overlap) may be determined via the separating axis theorem. This theorem can be applied to three-space using the name separating plane theorem and states that "if two convex objects are not penetrating, there exists an axis for which the projection of the objects will not overlap." In implementation, this can be done as such:

Note that AABB vs. AABB collision is one of a vast number of cases. For a more comprehensive listing, see Real Time Rendering. Also, for performance increase one may wish to investigate spatial partitioning. 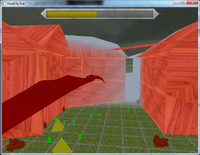 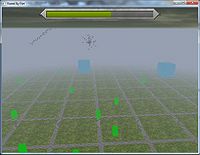 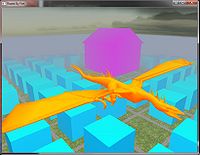 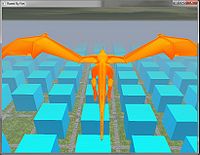 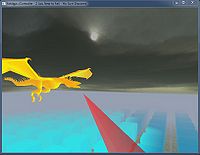 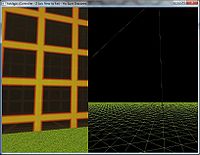 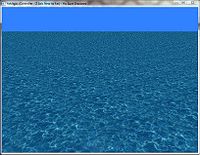