You can get the extension from https://addons.mozilla.org/en-US/firefox/addon/7171 (use suckmenot@mailinator.com/bugmenot for authentication).

For the library, samples, and tutorials, go to http://www.c3dl.org/ 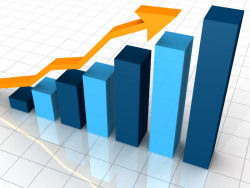 Mark: Add to library and do some bug fixes based on what Chris found

Chris: Work on putting his apps on site

Andrew: Work on making the libraries work with shaders. Provide a method for detecting capability of client to use a 2.0 context and switch

Andor: was absent but will work on shaders

Andrew: figure out how to load files form http:// in javascript to be able to load a model from the internet; and display a model that's in some ascii format

Andrew: Fix the 2.0 rendering. Work on loading and displaying models. Give Andor some idea about the preffered format.

Chris: back from Exams. Updated demo to use latest API. Working on adding vertical movement for the cubes.

Andor: Add textures to benchmarking, get rendering in Model work with same file with different contexts, get Model scaling to work, fix bugs.