BigBlueButton was initially a Flash application. The server, written in Java (now moving to Scala), sat on a Flash media server called Red5, and the main client was a Flash web application (the "Flash client") that was downloaded by the browser upon joining a BigBlueButton meeting. As a Flash client, this meant that users had to install a Flash Player into their web browser in order for them to use it (like old YouTube videos). Though the main BigBlueButton client is still Flash based, all of the new features that HTML5 requires browsers to be able to support natively (without having to install plug-ins) allowed developers to begin development of a second client for BigBlueButton, that used only the capabilities of web browsers (the "HTML5 client"). Additionally, around late 2013, development began on a cross-platform mobile application for Android and iOS that allowed people to join a BigBlueButton meeting from mobile devices (the "mobile client"). Both the HTML5 client and the mobile client are still under development. 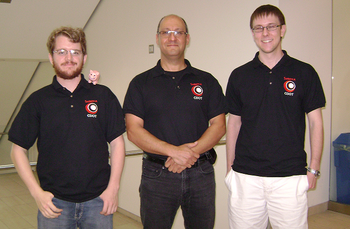