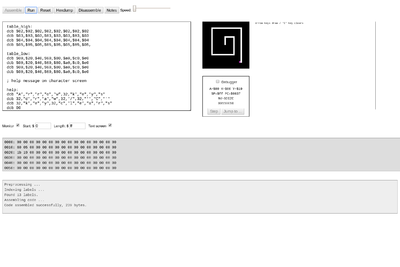 Hex notation - $XX
In most 6502 documentation, including this page, the $ prefix indicates hexadecimal notation. On other systems, this may be designated by a 0x prefix.

You could then create a pointer to that address at $0027 with this code:

Many 6502 personal/home computers had the operating system installed in read-only memory (ROM) chips. The emulator has a small ROM chip with these simple input/output (I/O) routines defined: